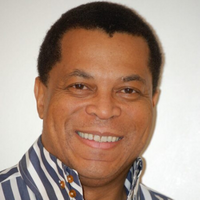 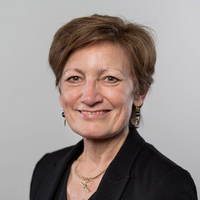 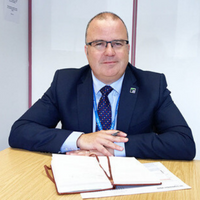 Frank was born in the US and raised in New York City. He came to the UK in 1998 working for British Telecom as Head of HR Strategy. In addition, he held senior roles at Royal Dutch Shell. Frank has lived and/or worked in Northern Ireland, Scotland, the Netherlands and England.

During September 2019 Frank was inducted into the HR Magazine Hall of Fame, for his work and his firm, Caerus, work on culture and inclusion.

In March 2019 Frank was elected to be a Non-Executive Director of the City and Guilds Group.

HR Magazine noted Frank and his firm as one of the top ‘movers and shakers’ for their work in culture and inclusion.

In July 2017, Frank was awarded an Honorary Doctorate by Middlesex University, for his services to the Human Resources profession and advocate for diversity.

Frank has been included in the list of the top 30 most ‘Influential HR Directors’ in the UK.

In May 2010 Frank was elected as a Non-Executive Director of the Chartered Institute of Personnel and Development (CIPD). The CIPD is the professional body for HR and people development.

Frank was the first HR Director invited to speak to senior staff of the Royal Household (and invited guests) at Buckingham Palace. He has also spoken at Stormont in Northern Ireland, Oxford and Cornell University (in the US), as well as industry conferences. In September, 2019 he was the only non-academic speaker invited to speak at the prestigious Behavioural Insights Conference.

Frank was the first (ever) HR Manager to win the BT Chairman’s Award for championing and delivering a project that saved BT £200 million, over a three-year period. He also led the team that was short listed by Personnel Today Magazine for one of the best e-learning projects, the BT Internet College.

Frank established Caerus Executive late in 2013 to help organisations and individuals ‘turn stumbling blocks into stepping-stones.’ Caerus has been supporting organisations in the UK and emerging markets, with a particular emphasis on HR strategy, talent management and diversity. In this short period of time Caerus Executive have established themselves as one of the top consulting firms with a focus on culture and inclusion. Blue-chip clients include the BBC, Bloomberg, Channel 4, UBS, Hogan Lovells, Viacom, Freesat, ITV, SThree and Viacom, Warner Music Group to name a few. Caerus Executive includes some of the world’s biggest media and technology companies as clients in the UK, US and South Africa.

In his early days, Frank was a semi-professional trumpet player. Having attended the “Fame” School (High School of Music and Art), in NYC. He enjoys all aspects of music.

Karen Wheeler CBE joined the Board of RWM as an Independent Non-Executive Director in September 2018 before being appointed as RWM CEO from 1 February 2020.

From July 2017 to July 2019, Karen established and led, as Director General, the cross government Border Delivery Group, specifically to manage and deliver the work across government, private sector and industry, which would prepare for and ensure a functioning border, in preparation for EU exit.

Previous roles in government have included NHS England’s National Director for Transformation and Corporate Operations from 2014-17, responsible for NHSE corporate services, and for transforming NHSE into a higher performing commissioning organisation.

Between 2010 and 2014, Karen worked in the Department for Health, managing the work to implement radical NHS and Public Health reforms, and as Director General she led DH’s Informatics, Change and Operations Directorate.

Karen joined the Civil Service in 2003, to lead a number of major change and infrastructure projects in the Ministry of Justice, and then worked for a year in the Cabinet Office, launching cross government work to promote Digital services.

After graduating with a Physics degree from Durham, Karen worked for a number of years in management consultancy in the private sector, advising and helping organisations such as Guinness, British Steel, North West Water to manage and deliver major projects and programmes.

Peter is responsible for the delivery of corporate services at RWM, all of which facilitate their mission to deliver a geological disposal facility and provide radioactive waste management solutions. As such, Peter’s portfolio includes: commercial, communications, finance, human resources and legal teams.

Peter joined RWM in September 2018, bringing with him significant commercial knowledge and nuclear industry experience. Previously, Peter was with the Nuclear Decommissioning Authority for 11 years, most recently as the Head of Programme for Waste Management, during which time he also served as a non-executive director for International Nuclear Services. His career began in the private sector focussing on commercial finance, contracting for complex IT solutions and corporate telecommunications services.