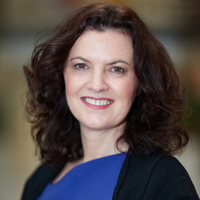 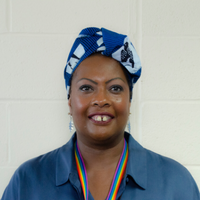 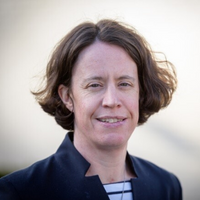 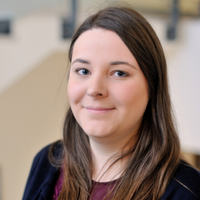 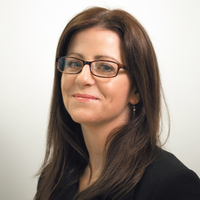 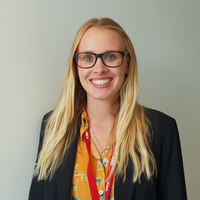 Adriènne Kelbie is ONR’s Chief Executive – the first female executive director and only female CE in ONR’s history. Her supportive and straightforward approach to leading ONR has brought stability and clarity of direction to the nuclear safety regulator, as it modernises its ways of working while maintaining the highest regulatory standards. She has worked in the private, voluntary and public sectors, with twenty years at Board level, where she has driven improved diversity, customer focus, transparency, organisational development, and both staff and stakeholder engagement.

Adriènne is known as an inclusive, transformational leader who believes that the best teams are diverse teams and is greatly interested in developing her people and learning from them. She is a highly visible champion, mentor, and role model for inclusion, working across multiple networks and organisations to drive better diversity and balance in the industry.

In recognition of her promotion of public safety through diversity, she was awarded the rare distinction of Honorary Fellow of the Nuclear Institute in 2017. She is Northern Power Women’s Transformational Leader for 2019 and was also Patron of Women in Nuclear UK from 2016-2019. In 2020, she also became a Fellow of the Energy Institute.

Adriènne is also a Chartered Fellow of the Chartered Institute for Personnel and Development, a Companion Member of the Chartered Management Institute, and a graduate of Oxford University’s Major Programme Leadership Academy, reflecting her interest in developing leadership by example.

Marcia started her current role as the Equality, Diversity and Inclusion Partner at the United Kingdom Atomic Energy Authority based in Abingdon, Oxfordshire in July 2019.

Her personal mission and passion for equality, diversity and inclusion began when she became a Police Officer in West Midlands Police in 1982 prompted by the Scarman Report followed incidents of public disorder. One of Lord Scarman's recommendations was the recruiting of officers from the Black community to be reflective of the communities police forces served.

Whilst serving Marcia held numerous operational and non-operational roles. For example, Ethnic Minority Recruitment Officer and became the first Black female Police Trainer, and then became one of a handful of Black women Sergeants when she was promoted in 2001. She went on to be actively involved in the formation of Black Police Associations, was Vice Chair of West Midlands Black and Asian Police Association, executive member of the National Black Police Association, including chair of the Gender & Sexual Orientation sub-committee, executive member of the British Association of Women in Policing, Women Sgts Police Federation Representative, member of the Association of Chief Police Officers Working Party exploring the career development of women and ethnic minority police officers and police staff.

Marcia transferred to West Mercia Police in 2003 and was the only Black Female Sergeant in the service at that time, retiring in 2012 having completed 30 years service. Since retiring she has worked for a number of organisations including The Prince’s Trust, Catch22 and the Royal Navy.

In addition to her fulltime role Marcia is a School Governor and was one of a number of signatories, which included the Runnymede Trust, as part of the Parents on Board (a network of BE governors and educational board members) raising concerns regarding the impact of implementing predicated grades due to the cancellation of GCSEs, AS and A levels on disadvantaged social and ethnic groups.

She holds several qualifications which include two Master’s degree in Coaching & Mentoring and Education, Management and Leadership.

As the Chief Operating Officer for Sellafield Ltd, Rebecca is responsible for the overall programme delivery and performance of the operations at Sellafield, one of the world’s most complex nuclear and industrial sites. Her span includes all aspects of retrieval and legacy clean-up, spent fuel and special nuclear material management, as well as nuclear waste management, decommissioning and remediation.

Rebecca has experience across large and small manufacturing organisations and has held senior leadership positions across Programme and Project Delivery, Operations and Commercial, as well as Technical and R&D.

Rebecca, a PhD qualified Chartered Physicist and Engineer, has an Executive MBA and holds non-executive and volunteer roles, across a range of organisations that drive economic development and learning, including the Cumbria Local Enterprise Partnership.

Ellen Wildig is a Growth and Project Manager at Jacobs.

Ellen joined Jacobs as a graduate 4 years ago and has since worked in both sides of the business in technical and project based roles. Her Earth Science degree lead her to a graduate scheme in Geographic Information Systems, but on its completion, she moved to the nuclear side of the business and undertook a role in growth and strategy.

Within the company Ellen is part of many networks, including Jacobs Careers Network, Positive Mental Health Champions and the Collectively Ambassadors, one of Jacobs' newer networks dedicated to making a difference in the community.

Corhyn Parr is Director of UK Waste Operations at the Nuclear Decommissioning Authority, a role that provides oversight of Low Level Waste Repository (LLWR) and Radioactive Waste Management (RWM) and includes creating a national integrated waste programme to improve how waste is retrieved, treated, transported, stored and to reduce the cost of waste management across the NDA estate.

Corhyn is the current Chair of the Nuclear Skills Strategy Group (NSSG) and a Non-Executive Director at Cogent Skills.

Fiona Galbraith is currently on the project management graduate scheme at KBR, she is working as a benefit analyst in Sellafield PPP and is about to move onto a new role as an assistant project manager for the NTSP Framework in Helensburgh. She graduated with a first class masters degree in chemical engineering from the University of Edinburgh. Whilst at University, Fiona was selected by academic staff to represent the University of Edinburgh at the London ‘Women in Engineering’ conference for female engineering students from ten universities across the UK.

As a young professional she has consistently displayed a passion for diversity and inclusion. This is highlighted by her work within KBR including being treasurer of an employee driven resource group that aims to create a culture in KBR which provides equal opportunities for all to thrive. Fiona continues to challenge ideas and ways of working which has been refreshing for the teams she has been a part of and has helped to drive diversity and inclusion throughout the workplace.