When I was a child, both of my parents had low paid jobs – my dad did office maintenance and my mum worked at a shampoo factory. They were ‘dual income’ but we had little to show for it. No holidays, just hand-me-downs and great smelling hair – thanks Wella!

We did, however, appreciate the importance of work because during the periods when my dad was unemployed it massively impacted our household budget. This was to become permanent due to his ill-health and subsequent death – without the benefits system I have no idea how my family would have survived.

Now, when you are poor and a teenager, and wishing that your dad wasn’t dead, and that you had enough money to get the bus, and that you didn’t have to wash your clothes in the sink because the washing machine is broken, and that you didn’t have to keep asking the neighbours for bread and sugar, and everything else that goes along with living on almost nothing and everybody knowing about it, you are in a precarious position. You really are only a couple of choices away from being reliant on benefits for the rest of your life.

But, if you can see through the grief and the shame and the sick and tired feeling that comes from relying on hand-outs, it might light a fire underneath you that makes you work like crazy to get out. Which is what I did.

And because of that I know how hard it is to leave home at eighteen with no safety net. To move away from family and siblings that need you and to spend 90% of your wages on rent and train fare.

I understand the difficulty in making friends when you’ve moved to a new town, of feeling out of place, lacking confidence, not having the right social skills and struggling to shut away the part of you that thinks you don’t belong.

I know what it’s like to rent a room in a house that seems fine until the landlord tells you that you are, “not permitted to bring boyfriends round” then invites his friends over who knock on your bedroom door, so you don’t feel safe and end up jamming it shut by putting a chair under the handle.

It is far, far easier to not do this stuff, to ‘stay put’ where you feel more comfortable and are among the people you grew up with.

But I’m so glad I didn’t go back because every minute of effort was worth it. Not just for the incredible achievements I have made in my professional and personal life but also for the evening when I was introduced to the man that is now my husband. I cannot overstate the value and importance of having a partner who has truly ‘got your back’.

So far, so heart-warming. See – getting ‘on your bike’ works! But my point is this. Finding the strength to invest that kind of effort and cope with the moments of loneliness, being broke, and generally feeling like you’re carrying the weight of the world on your shoulders is just about do-able when you’re young, single, healthy and have a couple of A-levels. But to do it when you’re in your forties, or with a family, or because your partner has died, or because you are ill, or you left school without qualifications. How much harder is it then?

The Government wants people less reliant on benefits and more inclined to work and of course I agree. There is pride and fulfilment in bringing home a wage and making a contribution. It gives you confidence to have your own money and feel in control of your circumstances. It feels incredible to achieve the goals we set for ourselves but what if something happens that takes those things away or knocks you so far back that you wonder how you’ll recover? Could you pick yourself up again then?

To our MPs I say yes, help people make changes, find a way to bring more work into families and make more choices available to young people who aren’t starting from a solid foundation. But do it with a little more understanding and perspective and don’t think that platitudes like those once offered by Iain Duncan Smith work when delivered by someone with a basic salary of close to £80,000 a year.

We could all live off £53 a week if we had to, but we sure as hell wouldn’t choose to.

Toni Kent is a professional speaker, author and compere who is trusted by organisations across the private and public sector to entertain and inspire their teams. This essay is an extract from her book “Reasons to be Cheerful, Part One” – available via Amazon. 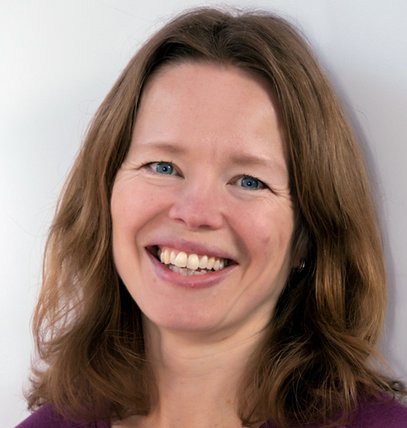