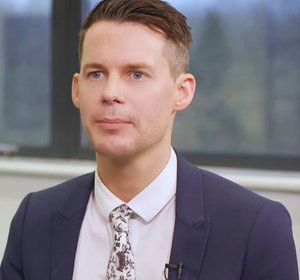 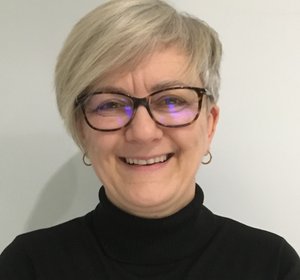 Irene Afful joined Merseyside Police in February 1991, ten years on from the Toxteth riots and having suffered racial abuse at the hands of the police. She served 25 years as an officer. She overcame race and gender barriers, direct and indirect discrimination to become the first ever black female inspector in the history of Merseyside Police.

As a pioneer and role model, Irene coached and mentored other minority staff for promotion and lateral development, helping them build resilience for success.

She designed, developed and delivered a leadership programme which was instrumental in increasing the recruitment of BME (Black and Minority Ethnic), women and other minority groups to the force.

Irene was headhunted to work as a consultant for the College of Policing on diversity and inclusion. She worked with 21 forces across the country addressing minority group under-representation. She targeted recruitment, retention and progression issues, including reviewing and assessing positive action processes.

Irene is now Founder & Director of Ametrine Enterprise Solutions Coaching & Consultancy where she continues to pursue her passion for equality, diversity and inclusion, leadership development and well-being at work. She is a published author and holds a Master’s degree in Police Leadership.

Neil joined Sellafield as an apprentice in 1996 and is a member of the senior leadership team accountable for Project Management and its capabilities at Sellafield.

Neil is responsible for over 1600 project professionals across, project management, project controls, risk, estimating, construction, commissioning, pre-operations and the Sellafield project academy. Ensuring Sellafield has the right people, in the right place at the right time.

Jane Francis is the new Head of Diversity & Inclusion at EDF Energy and has lead the LGBT+ employee network for several years, championing and raising awareness of LGBT+ issues and inclusion in the workplace. A senior leader and professional engineer, with considerable experience leading individuals, teams, general operational activities and engineering projects. More recently she has spent the last few years using her operational excellence experience to transform Corporate Finance and the Major Investment Governance activities within EDF Energy.

Jane started her career in a variety of operational manufacturing and engineering based roles before joining the electricity industry in 1996 as Control Centre Manager for the London Electricity Networks business and then moving onto major engineering and transformation projects. Early in her career she often found herself being the only woman and the only member of the LGBT+ community in the team, which brought both challenges and a great learning experiences.

Jane has hit the ground running in her new role, bringing the breadth of her operational experience and a desire to ensure that each employee, and every person that works with us, can fully be themselves in the workplace. When we can be ourselves, we can thrive at work. She aims to drive a real focus on the employee experience being at the core of what we do, to have conscious inclusion, right across the company. 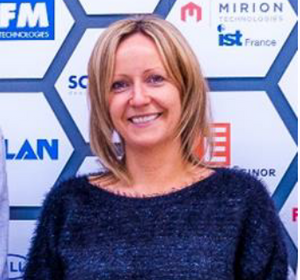 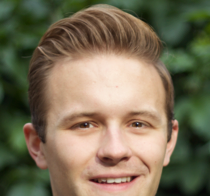 Deb was born in Ayrshire, Scotland. She started out her career in 1996 as a Production Planner in GE Caledonian, which is an engine repair and overhaul shop based in Prestwick (Scotland), a subsidiary of US firm General Electric. She spent her first few years gaining business and industry awareness, as well as a good Operations understanding. She then became a certified Black Belt in 2000 and in 2001, she was appointed as a Customer Program Manager which enabled her to gain commercial expertise as well as experience customer interface. She attended Herriot Watt University (Edinburgh) on a part-time basis for three years and graduated with a B.A. degree in Management in 2006. Soon after graduating, she took on a Strategic Commercial role which helped her to further develop her team leadership skills and functional depth and expertise.

In 2011, she moved back to Operations and led the Materials & Planning Organisations at GE Caledonian where she was focused on driving supply chain excellence at the site as well as a model for coaching and people development. In addition to her Operations Leadership role, she was appointed as the site Engagement Leader. In 2013, she was asked to step up to the role of Acting Plant Leader (Managing Director) for a period of six months where she led the 800+ employee Aviation plant.

In 2014, Deb was promoted into the executive Plant Leader role at the GE Aviation Hamble facility in Hampshire and she relocated from Scotland to Hampshire with her family. The Hamble shop manufacture Aircraft structural components and employs approx. 1000 employees.

In 2017, Deb decided to make a bold but very exciting career decision. After 22 excellent years at GE, she was offered and she accepted a strategic appointment on the Hinkley Point C Senior Leadership team. She is responsible for Global Supply Chain Engagement and Collaboration strategies, functional org. design, plus compliance with internal procurement arrangements.

Deb has always been an Ambassador for the Women’s Network(s) and has been a business rep and active supporter of the Network(s) for many years. She joined GE’s UK & Ireland Women’s Network Leadership team in 2013 and was Co-Hub Leader for the North of England and Scotland Hub for a number of years. Since joining EDF Energy in 2017, Deb has been an active member of the Women In Nuclear network and continues to be a positive Ambassador and role model in the Diversity & Inclusion space.

Mark McBride-Wright, PhD, CEng, MIChemE is a recognised diversity and inclusion leader. He is Founder and Managing Director of EqualEngineers, a company focused on connecting inclusive employers with diverse talent in the engineering and technology sectors and offering a wide array of D&I consultancy services alongside annual careers fairs and networking events. He is also Chair and Co-Founder of InterEngineering, a non-profit industry body that connects, informs and empowers LGBT+ engineers and supporters with a membership of over 1,000 engineers across 4 regional groups across the UK. Mark is Founding Member of the Diversity and Inclusion Working Group for the Institution of Chemical Engineers (IChemE), External Advisor to the Metropolitan Police, sitting on their Strategic Inclusion Diversity & Equality (STRIDE) Board, Diversity Board Member for the University of Kent, and Advisory Member to the Diversity & Inclusion Steering Committee of the Royal Academy of Engineering.

In recognition of his diversity work, Mark won the coveted 'Corporate Rising Star' award at the 2016 British LGBT Awards and was ranked #2 in the 2015 Financial Times Future LGBT Leaders list (#6 in 2016). In addition, he was 'Highly Commended' at the Inclusive Networks Awards (2015), shortlisted for the 'Corporate Equality Award' by PinkNews (2016), and is a regular speaker at the London Business School. He has worked with many Fortune 50 companies on D&I programs and talent engagement strategies and has also authored a white paper for the UK Government on tackling homophobic, biphobic and transphobic bullying in engineering. Mark is a Chartered Engineer (IChemE) by training with a focus on health and safety, having worked at KBR Inc (2013-2017) and ERM (2012-2013) before pursuing his work in diversity. He also holds a doctorate (PhD) in chemical engineering at Imperial College London (2009-2013).

Diversity and Inclusion in UK Nuclear